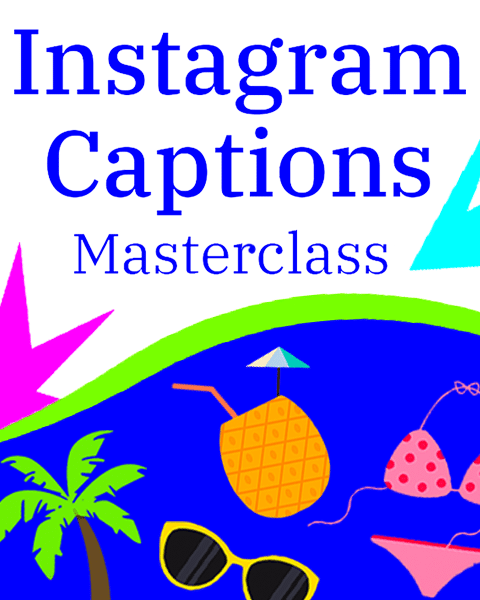 We had the opportunity to work on the political social media campaign for John Boyle, a principal teacher running for General Secretary of the oldest and largest teachers’ trade union in Ireland, the INTO. Although we don’t know a huge amount about teachers’ unions, we do know a lot about digital marketing and social media!

We are delighted to say that John’s campaign was a success! He won the election with 53% of the vote.

John Boyle came to us because he knew he needed to strengthen his campaign with social media, he was polling low because he needed to better reach out to the audience of primary school teachers and principals across the island of Ireland.  Where to find them? Instagram. Facebook. Twitter. 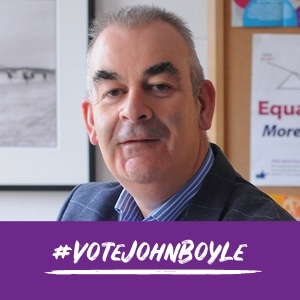 John had all of his social media accounts set up, with some nice follower numbers, but he needed us to create an election social media campaign to raise this profile on social and to get his key messages out to the voting public. And we had to do that in just 3 weeks!

This project was a fun challenge for us because we had a lot to do in very little time. But working with John made it extremely enjoyable. “The man is a machine!” – a hard working, passionate candidate who travelled the length and breadth of the country, listening to what was needed, super organised, responding to every request of ours, he showed up and performed brilliantly on video. John Boyle is one of those great clients to have – he knew his strength didn’t lie in social, so he hired us, and let us get on with it.  That is why we are truly delighted that all this hard work has paid off, with John Boyle was elected with 53% of the vote on 18 December 2018.

Wanna know what we did in so little time?

First we fixed up his website. If your site is in need of a little TLC, we offer great website design services.

Then we updated his social media presences, by creating a bunch of content for Facebook, Instagram, and Twitter. This included shooting 5 fresh videos on-site at his school to introduce his campaign messages, both in Irish and English.

We have years of experience helping all types of businesses and individuals create and manage content for social media. Find out how we can help you too.

With all of John’s content created, we turned to the more technical task of seeding out the content to the right audiences on Instagram and Facebook.  Even though we were tight for time, we still managed to get some testing in, and quickly worked out the strongest platforms for John.

Once we had identified where John was resonating the strongest, our strategy was to reach as many relevant people with our ads as possible, and then shuttle them through the campaign messages, so that each person saw more than one of John’s campaign ideas, thereby enhancing their vote in this social media election campaign.

Running ads on social media can be confusing for first-timers. It’s essential in a tight timeframe to get the best bang for your advertising budget, and this is really an area where you must bring in the professionals. We can get better results on social media ads, working to budgets, and make life easier for the busy politician or election candidate on the road. Check out how Brightspark makes social media ads simple.

The focus in the final week of the political social media campaign was a Facebook Live  “Ask Me Anything” where viewers could ask John any question and he answered it live on air.  This was a huge success, people were commenting that they’d like to engage with their future leader like this in the future. It makes sense. Not everyone can travel to union meetings these days, so delivering the union message via livestream gets the job done, conveniently and easily.  As of the end of that week, we had reached nearly 50,000 with this video alone! 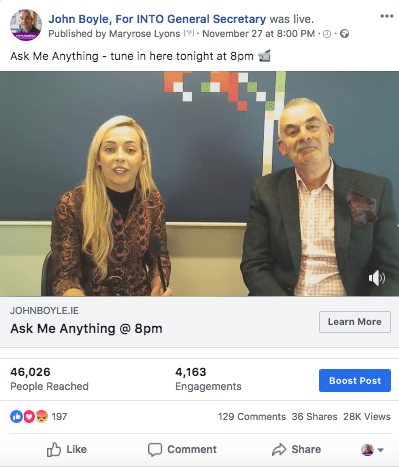 We continued posting organic content, the focus switched from top of head messaging to informative content such as voting details and instructions. We supplemented all of this social media activity with nicely designed automated email marketing that were sent to John’s contacts asking for the vote.  And again, even though time was not on our side, we still managed to inject a little testing on the emails! One of the key trends for 2019 email marketing is the switch back to plain text messages. We set up the first campaign as an A/B split test so that 101 messages were sent – design style and plain text. The winning email type was actually design led, which goes to show that you shouldn’t always believe the trends! So we continued to send beautifully designed messages throughout the rest of the election campaign.

Before we started working with John, his Facebook page didn’t have a clear message. He already had a nice sized audience, but his posts weren’t engaging or reaching people outside of his immediate followers. We were able to develop and target an audience to make sure that we were reaching the right people with our newly created content. With our strategy, the posts on John’s Facebook page reached over 110,000 people

in just 3 short weeks!
The highlight of the Facebook content was a Facebook Live where John answered questions coming in real-time from viewers. This was a great option because it opens up two-way communication. One thing to be careful of before trying is that in order for a Facebook Live to be successful, the speaker has to be very knowledgeable about their area because they will be on their toes the whole time. 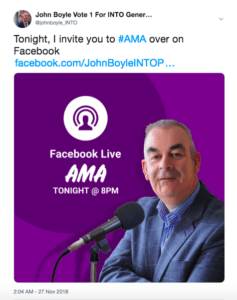 Leading up to the Live, we built anticipation for the event up on other social platforms so that people would be excited and prepared to ask questions. Because of our promotion and targeting, the video has been reached by almost 46,000 people. That’s a lot of people who were able to hear John’s ideas straight from the source!
Results from a typical post:

The before and after. 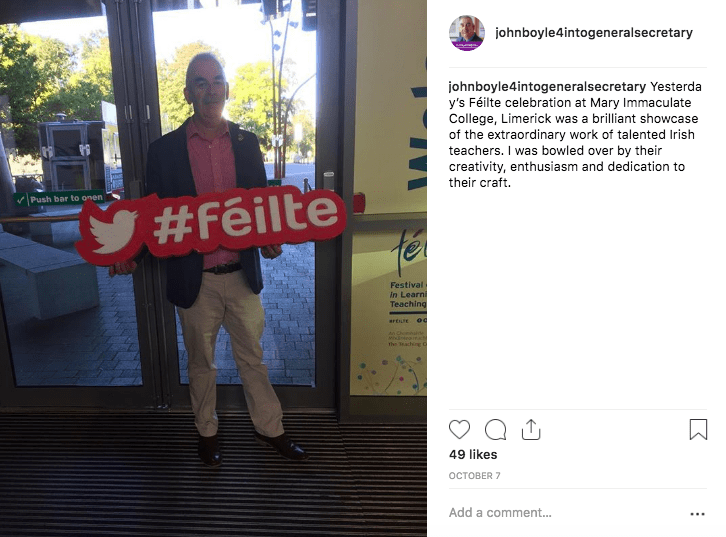 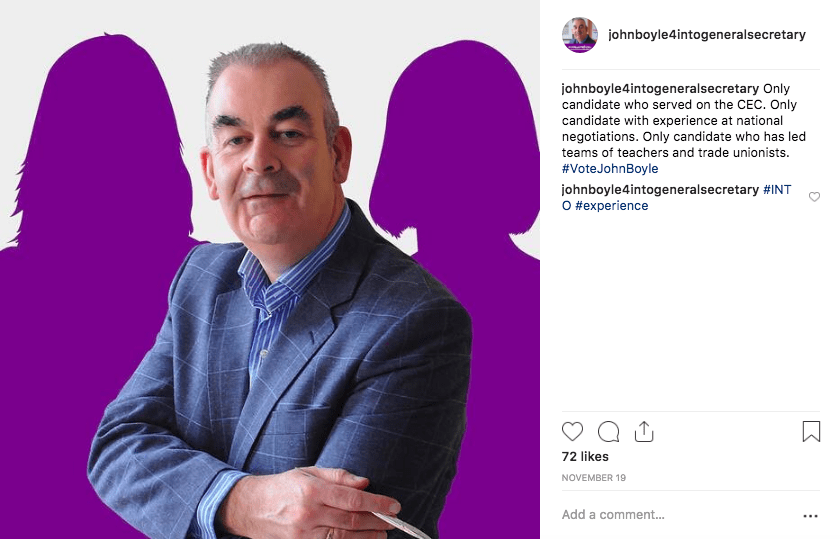 While John had an Instagram account, his message wasn’t coming across in an Instagram-friendly way. In no time at all, we had John posting Insta Stories from around the country, and we were able to present John in a much more visual way for the Grid and he was definitely the strongest candidate on the platform.

Claim to fame: we are proud to say that we were the first ever to convey the voting procedure for the INTO election through the medium of Instagram Stories! 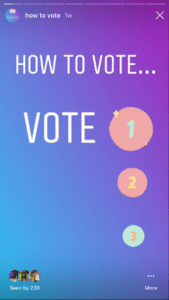 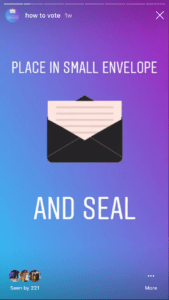 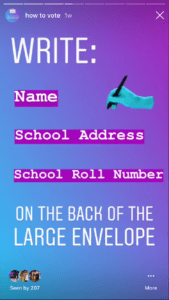 On Twitter, we adopted a similar strategy to the one we implemented on Facebook. We created and targeted custom audiences with ads and redistributed the ads to ensure all of our content was being seen by people who hadn’t viewed it already. Over the 3 week campaign, John’s tweets were seen over 118,000 times, a dramatic increase over his activity beforehand.
A look at a typical post on Twitter… 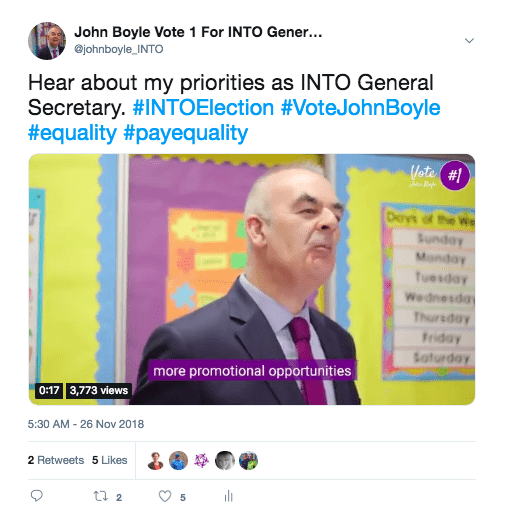 How To Win Local Elections

We created three in-depth videos to coincide with local elections here in Ireland. We cover the basics of setting up your online presence, how to run ads and dealing feedback online.

If you are running for office, get in touch with us about managing your social media campaign?

We are politically agnostic, and delight in using the tools provided by the main social media platforms to their best advantage. Based on our experience with John, you could say we can turn around lacklustre social media into winning material – and all in super quick time!

Contact us if you would like some help ensuring you come across every bit as strong on social media as you do in real life.

This website uses cookies to improve your experience while you navigate through the website. Out of these, the cookies that are categorised as necessary are stored on your browser as they are essential for the working of basic functionalities of the website. We also use third-party cookies that help us analyse and understand how you use this website. These cookies will be stored in your browser only with your consent. You also have the option to opt-out of these cookies. But opting out of some of these cookies may affect your browsing experience.
Necessary Always Enabled
Necessary cookies are absolutely essential for the website to function properly. This category only includes cookies that ensures basic functionalities and security features of the website. These cookies do not store any personal information.
Non-necessary
Any cookies that may not be particularly necessary for the website to function and are used specifically to collect user personal data via analytics, ads, other embedded contents are termed as non-necessary cookies. It is mandatory to procure user consent prior to running these cookies on your website.
SAVE & ACCEPT
Get Up To Speed On Social

about-us Count me In

» Get 22% off all LinkedIn courses. Use code GETLINKEDINSORTED

Can We Tempt You?

We've got a wickedly good newsletter that we only send when there's something good to share. Want to join?

Your data is rock solid safe.